You’re offline. This is a read only version of the page.

Transaction Roles (grouped together in a Class) allow you to configure a taxonomy of transaction types and relate multiple transaction types to each other based on their economic behaviour. An example of where this is used is to relate  "buy", "purchase", "sellReverse", and "acheter" (from a system which uses French language) together as equivalent transactions.  This allows you to map these to a canonical "buy" in a transaction report.

The two attributes are defined as follows:

The Transaction Role describes the economic effect of a transaction.

At its core, every transaction will be taking the portfolio longer (+) or shorter (-) and will apply to a holding which is long or short (a flat position is considered long).

Figure 2: How to decode a transaction role 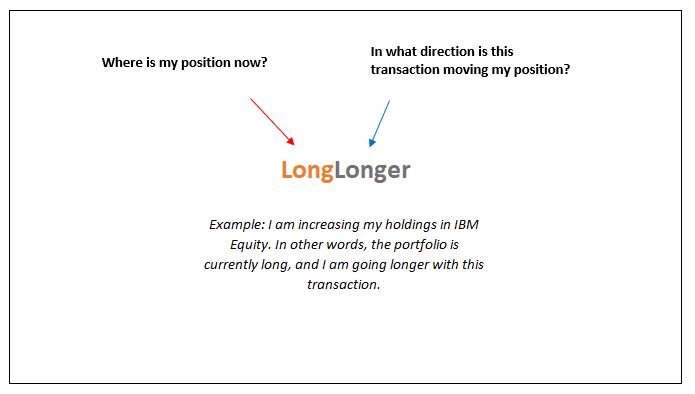 We can also plot the transaction roles on a transaction movement graph. As you can see LongLonger and ShortLonger are used to increase a portfolio's position, but they start from a different point in the portfolio.

When should I use these configurations?

Some example uses cases listed below:

Example 1: A fund with one source of data